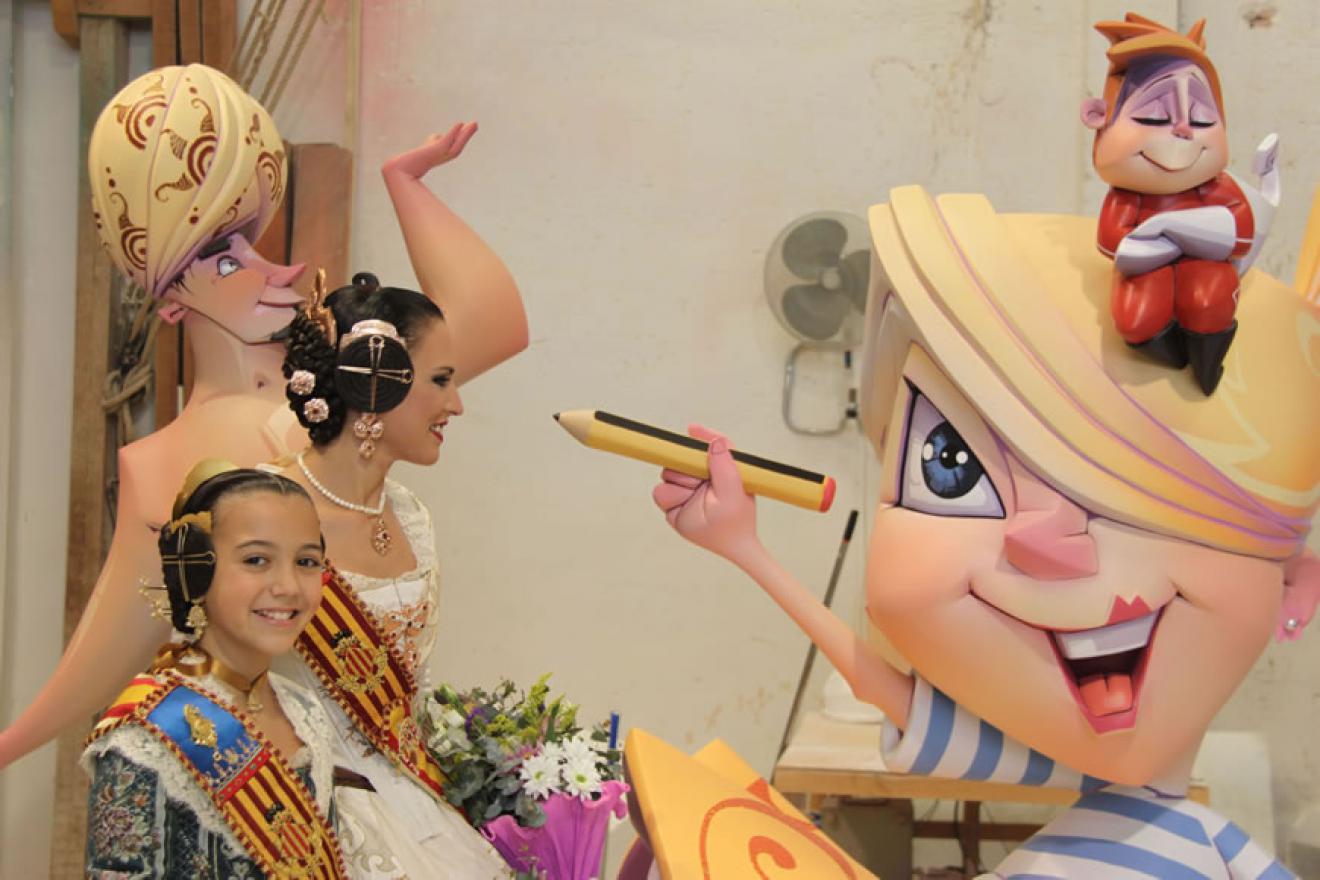 The Fallas – a thrilling spring festival in Valencia, known for traditional street parades, colored fireworks and caricatured artworks, which are burned down on the last day of festivities. The colorful festival is celebrated at St. Joseph’s Day and has its roots in the 18th century, when carpenters used their residual material to create puppets and burned those down. Later on they didn’t only build puppets, but entire artworks. Those artworks are called Fallas, just like the spring festival itself. They normally depict public figures or pick up recent topics in an ironic, humorous way. Every year, Valencian citizens vote for a smaller and a bigger Falla which shouldn’t be burned, but conserved. Those Fallas are exhibited in the museum Museo Fallero, together with portraits of the Falleras; Valencian women presenting their traditional costume with complex embroidery proudly in the street parades.

As a group we left the language school and took a bus to the Museo Fallero. It only took us around 10 minutes to get there. At the museum, two floors full of unique Fallas await us. On the first floor, we discovered the older artworks: puppets made out of wax, wearing real clothes. They were rather drab, but decorated with several details which revealed the puppet represented a public figure. There was a puppet of a street musician playing the fiddle and another one of old ladies babbling on the street. In the second floor the Fallas turned more colorful, as well as more caricatured and also bigger. Those Fallas were a bit younger than the others. They illustrated recent topics like urbanization and moon landing. Besides the Fallas, there were exhibited portraits, showing several Falleras Mayores. One among many Falleras is selected as official representative of the Falla every year. On the portraits we saw the noble, silken costume decorated with complex embroidery and the jewelry of those Falleras Mayores.

Due to the several Fallas and portraits, we could picture the spring festival vividly and received an impression how Valencia transforms into a colorful setting during the Fallas. With this impression we left the gallery and returned to the language school.