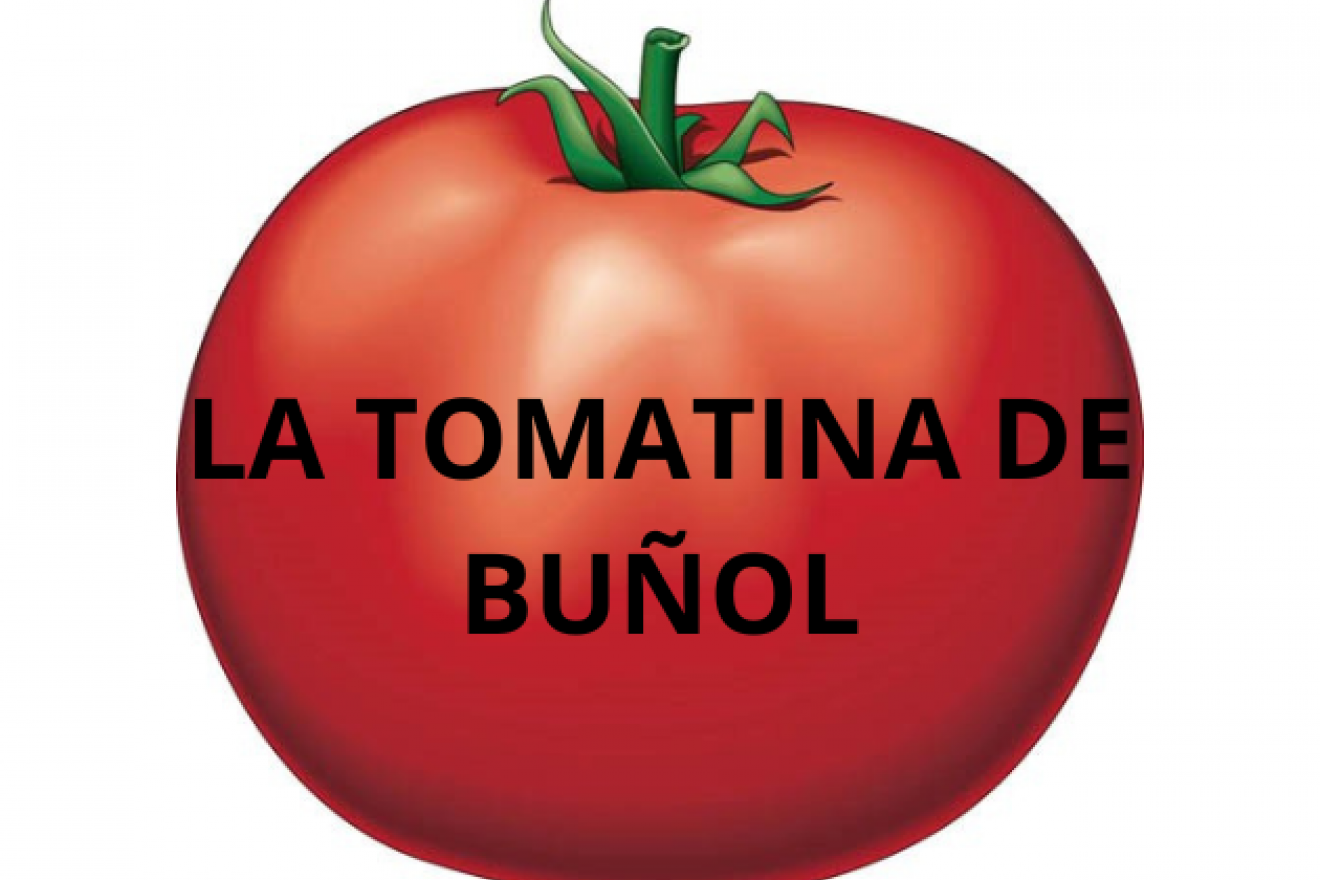 Next week, on Wednesday, August 31, we are celebrating one of the most fun and internationally known festivals throughout the Valencian Community, in the town of Buñol, just 40 km from Valencia: the famous Tomatina.

This festival was born in 1945, when some boys decided to enter inside the parade of giants and big heads making one of the giants fall to the ground, this made the spectators angry, giving the coincidence that near there was a vegetable stand, so those attending the event decided to throw tomatoes at them and so began this "war" of vegetables. The following year the boys repeated what happened the previous year, this time voluntarily and bringing their own tomatoes, and so year after year until today this tradition has been maintained in which thousands of people -foreigners and foreigners- gather to participate in this harmless and fun battle. 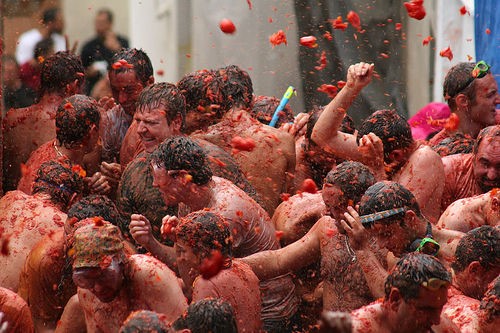 But the Tomatina is not only about throwing tomatoes, there are other events throughout the morning. Around 10 a.m. the first event begins: "El palo jabón", which consists of climbing a pole covered with grease in order to reach a ham located at the top. Once someone manages to lower the ham, the signal is given for the tomato battle to begin.

Surely you are asking yourself: "Where do so many tomatoes come from?" These tomatoes come from towns in the Valencian Community, these tomatoes are not valid for sale because their flavor is not good for consumption so if they are not used for the tomatina they would remain in the field without being harvested.

Six trucks are responsible for carrying almost 150 tons of tomatoes to all attendees. The residents of Buñol who are inside the trucks, are responsible for distributing the tomatoes among the people and one of the best moments of the festival is when the trucks dump all the contents of tomatoes -and their juice- inside them in the streets of Buñol, and people rush to catch them to throw them away later. 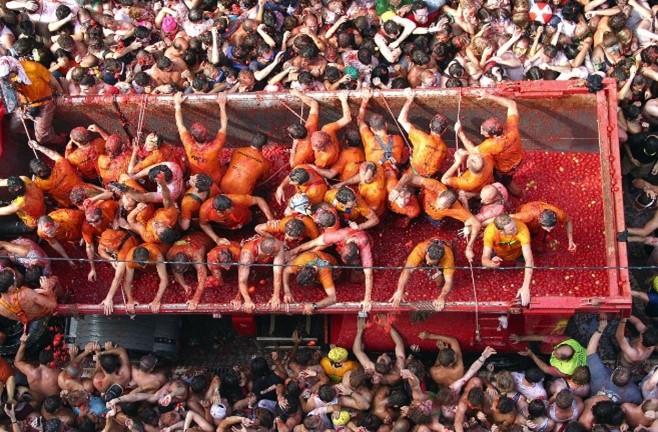 If you have the opportunity to participate in this incredible party, there are some rules or recommendations that you should know:

If you want to work this party in class, you have the following materials available on the internet: