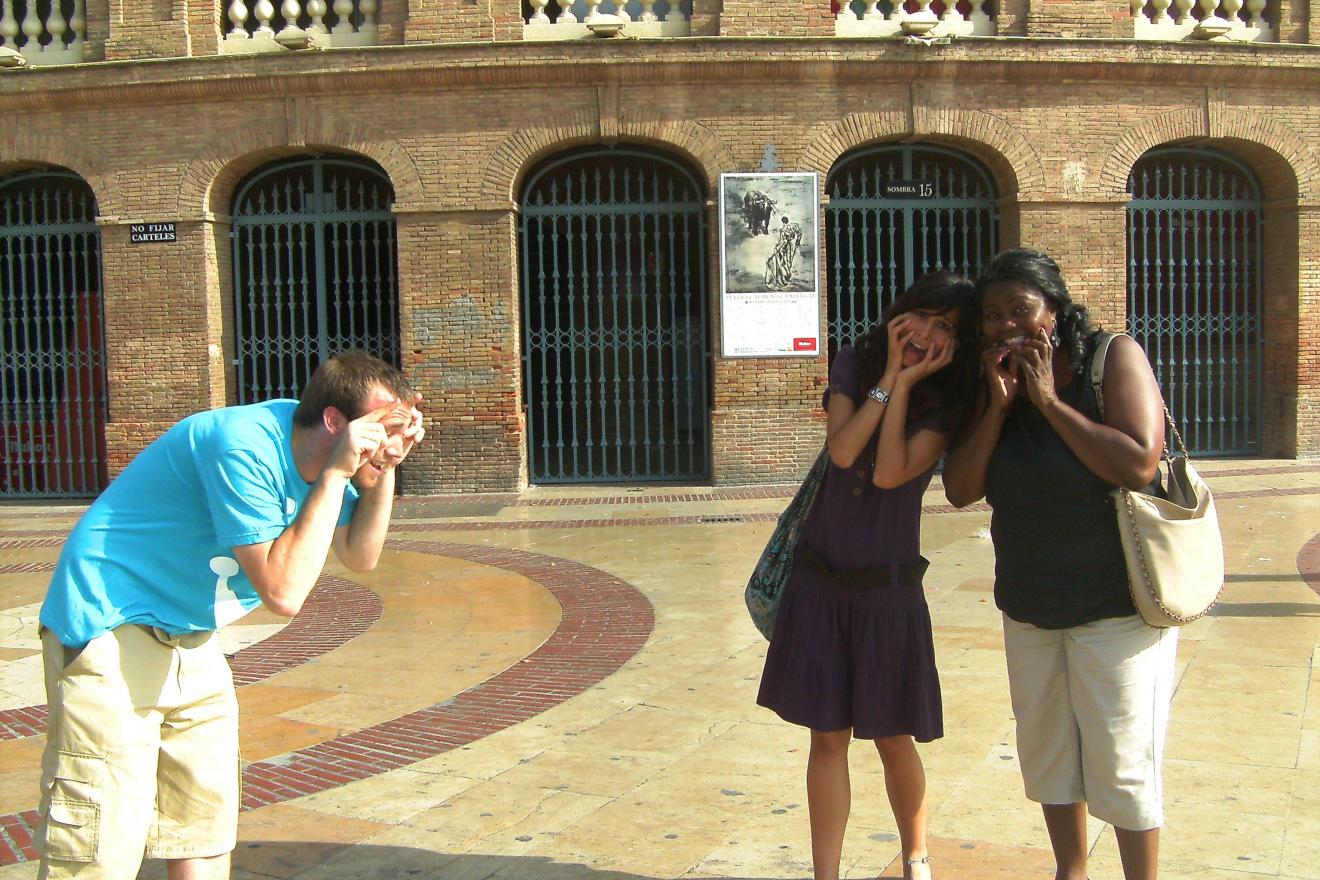 Bullfighting – Some people think it’s an indispensable tradition, others think it’s just animal cruelty and should be abolished. Either way, bullfighting is part of Spanish culture and people who really want to understand this beautiful country are faced with this topic. On Thursday, Costa de Valencia’s language students visited the city’s bullfight arena and its accompanying museum.

The bullfighting arena is an impressive building located in Valencia’s city centre, right next to the train station Estación del Norte. Its appearance reminds of the Roman Coliseum. On the inside the arena is equipped with several ranks; the two highest ranks are decorated with wooden ornaments. About 1 000 people fit in the bullfighting arena, which can be divided into the shade- and sunny side. Our guide from Costa de Valencia told us about the preparations for a bullfight, and the order of events:

Firstly, the torero (bullfighter) and his helpers are presented to the audience and they get to know the bull they’ll be fighting. Then, so called Banderilleros provoke the bull and weaken it at the same time by stitching spits with the colours of Spain’s or Valencia’s flags in the bull’s neck. This is followed by the actual bullfight between torero and bull, which usually ends with the bull’s death due to a single stab through its heart. In the end, the audience and the bullfighting arena’s president show whether they liked the bullfight and according to this the torero gets awarded. He receives the bull’s ears or even the tail as an honour.

Our guide showed us the door which the torero and his helpers enter, the animal stables beside the bullfighting arena and the tunnel of which the bull is guided from the stable to the arena. Standing in the centre of the arena, it was hard to imagine how many spectacles have already happened here. Nowadays, bullfights are only realized on special events, around 15 or 20 times a year. Beside the bullfights, the arena is used to realize other socio-cultural events like concerts and political debates.

After discovering the bullfight arena, we visited the accompanying museum. Here we saw a movie about the procedures of a bullfight again, which focused on the traditional value of bullfighting. Then we visited an exhibition of the traditional clothing of famous toreros, photos and drawings, which show the fight and its “heroes”.  We could even see a preserved bull. The exhibition shows, how deeply bullfighting is rooted in the history of Spain and how several details come together in this tradition.

We left the museum with plenty of new perspectives and impressions about Spain’s tradition of bullfighting.